The lie is that we can live in a somehow more sustainable or friendly-to-earth or “green” way by using solar or wind generated electricity and lots of batteries.  It’s bullshit.  Solar panels are produced from mined materials and toxic industrial processes that pollute where the mining and production is done, and they leach poison into the ground even where they are used, and we don’t know how to recycle them so they will break down over time and be piled up or left somewhere to degrade and pollute and we’ll replace them with more that required more mining and more toxic industrial chemical processes.  Wind turbines are not too different — they’re expensive to maintain, require lots of toxic stuff, and eventually break down and can’t be recycled in any earth-friendly way.  Hydro is no better, river ecosystems have to be destroyed to have hydroelectric dams.  Nuclear shouldn’t be considered green anyway, it’s not renewable since it depends on this limited mined material, and it creates really nasty waste, and of course all the infrastructure required for it is ridiculous, and they risk meltdowns that ruin everything.  And then batteries, don't get me started.  Look up lithium and cobalt, and then consider that batteries degrade over time and can't really be recycled and are very toxic to produce and dispose of.

So with all that, in our modern media and social media world, there’s this false dichotomy.  There’s the fossil fuels which are evil and polluting and causing climate change and killing everything, and then there’s the “green energy” that causes no harm and will allow our modern civilization and economy and internet and cars and all to go on forever if we just spend lots of money changing over to the “green energy”.  The truth is we can’t have this civilization and economy and internet and cars and all for much longer regardless, there is no way to power or maintain it that doesn’t involve ongoing and accelerating destruction of what's left of the living earth.  So many well meaning people who love the living earth have been co-opted and tricked into basically being a lobbying force for industry and economy under the guise of "green energy".  Don’t fall for this.  Your time is worthy of better causes and more beauty than this.

I use solar panels for electricity, because they’re convenient when living off grid.  I have no delusion that they’re friendly to the earth.  I am torn and often would rather just quit the internet and not use electricity anymore.  Somehow I’ve convinced myself that it’s worth engaging with this stuff in order to be able to fight for what’s left of the living earth a little bit longer, and I’ll be honest, to stay connected somehow to the people I love.  Maybe that’ll change one day.  This is all very complex.  I’m not trying to guilt you, I'm just saying no, renewables aren’t more earth friendly, they’re not a green future, they’re not worth giving your energy to fighting for.  If you have energy to fight and you love the living earth, fight more directly for it — like fight to protect forests and rivers and mountains that are directly threatened by logging, mining, pipelines, etc.  Stop the resource extraction at the source, and all the rest of our destructive economy will slow down a little. 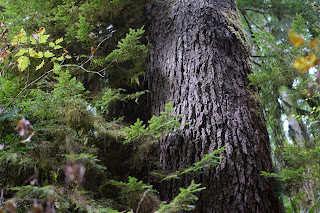